The finals of the 4th Debate Competition of Guangzhou Lawyers have come to an end on March 30th, 2019. Through the fierce competition, Zhuoxin Law Firm has successfully won the second place as a team, while Mr. Jie JI and Mr. Kai ZHANG, both are lawyers of Zhuoxin, have been respectively awarded prizes of “the Best Debater” and “the Outstanding Debater”.

Lasting for almost a month, this Debate Competition is a grand event of lawyers in Guangzhou, which has attracted 33 lawyers’ team to attend in total and also wide attention from the whole city. Standing out from so many well-experienced lawyers, Zhuoxin has again succeeded to make it to the finals this year, as a defending Runner-up of the 3rd Debate Competition. We look forward to making a bigger progress in the next Competition! 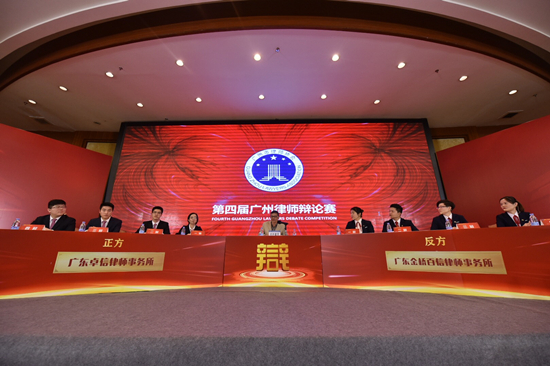