The firm plays a key role in the Manchester economy, employing over 200 people and turning over £14m.

Formed by Bernard Kuit in 1909 and welcoming Vivian Steinart to the practice in the 1930s, the firm later merged with J.M. Levy & Co just as the Second World War began in 1939. Trading as Kuit Steinart Levy since the 1960s, the firm became an LLP in 2008.

The firm is beginning its celebrations by launching a special anniversary logo, which marks the start of a calendar of events for employees and clients.

Managing partner Steve Eccleston said: “It is with great pride that we announce the start of the firm’s 110th anniversary celebrations.

“We look forward to celebrating the anniversary with our staff, client base and the Manchester community.”

Executive partner Robert Levy said: “Kuits has retained the values that the founders stood for – technical and commercial excellence, tremendous community involvement and a commitment to charity, and the importance of a strong firm personality and family firm culture.

“We want to continue to be a strong and safe pair of hands for SMEs looking to grow and flourish in an increasingly competitive regional, national and international marketplace.”

Kuits’ unique culture and strategy has attracted the attention of the national business community in recent years, having been named Regional Employer of the Year by the British Chambers of Commerce and shortlisted for Best Corporate Culture at the Managing Partners’ Forum Awards. 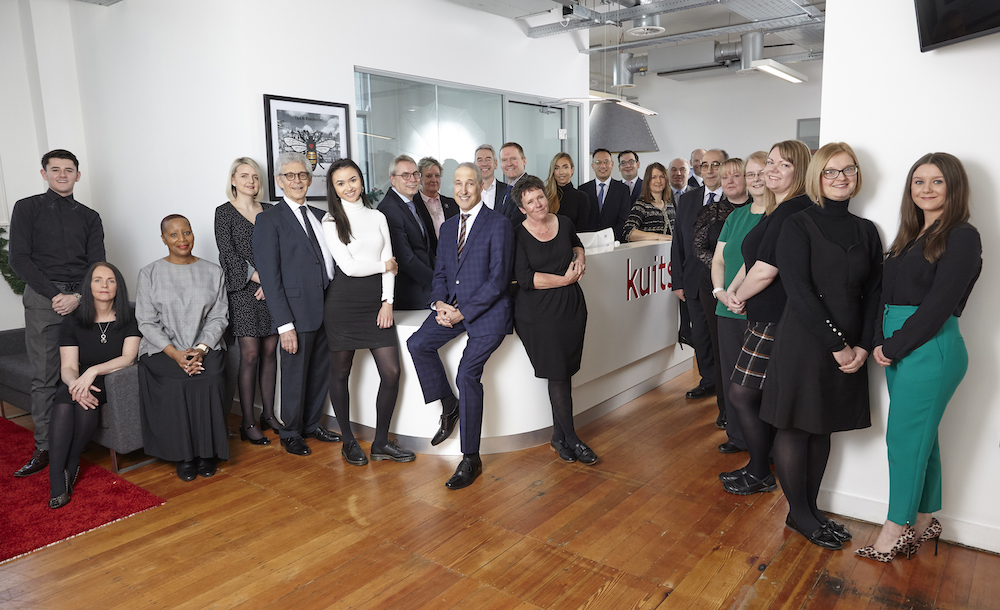