This March, Quebec accounting firm Mallette LLP, will become the first TIAG member to hit a record 1,000 employees with the start of the 2019 tax season. This is the first time Mallette has reached this milestone since the firm split from Arthur Andersen in 2002.

Over the years, the company has spread: from mergers to acquisitions, the company became, in 2002, Mallette LLP, the tenth largest accounting firm in Canada and fifth largest in Quebec with 30 offices throughout the province.

Congratulations to Mallette LLP on this momentous achievement. 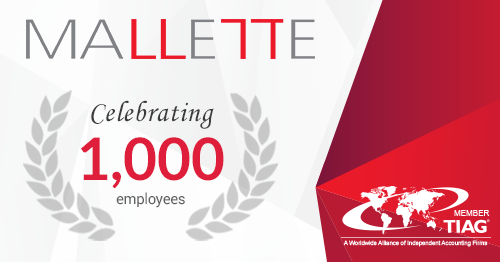