Important Considerations for Company Directors During the Covid-19 Crisis

The present economic pressures resulting from the restrictions imposed during the Covid-19 crisis are proving extremely difficult for businesses across a wide range of industries. DQ’s objective in preparing this briefing note is to provide accessible and easy-to-follow guidance for company directors in a ‘frequently asked questions’ format.

As hard as it can be, identifying and tackling difficult economic issues at an early stage is always recommended in order to have the best prospect of ensuring a business’s long-term survival.

What does the law say that I should do if I am concerned about my company’s financial position?

Directors should regularly monitor their company’s financial position and should ask themselves two questions:

If the answer to either of these questions is ‘no’, then the company is legally insolvent and the directors must carefully consider whether it is appropriate for the company to continue to trade (as to which, please see question 3 below).

If the directors are unsure as to the company’s solvency, they should immediately consult with the company’s accountants and consider taking professional advice. This is particularly the case where the company has contingent or prospective liabilities which may not have an exact value.

Generally, company directors owe legal duties to the company and are obliged to act in the best interests of the shareholders of the company as a whole. However, directors are under a continuing obligation to consider whether their company is insolvent or is likely to become insolvent with no prospect of recovery. If the directors believe this to be the case, their duties change in nature because they are then under an obligation to act in the best interests of the company’s creditors as a whole.

Ordinarily the Isle of Man High Court of Justice will be reluctant to impose personal liability upon directors of Isle of Man companies. However, if a company carries on business whilst insolvent and the company is ultimately liquidated, then there is a risk of personal liability for directors if the court is satisfied that the business of the company was carried on with the intent to defraud creditors, or for any other fraudulent purpose.

The law also states that if any person who has taken part in the formation or promotion of the company (such as a director) has:

then the court may examine the conduct of that person and ultimately order them to repay or restore the money or property, or to contribute such sum to the assets of the company by way of compensation in respect of any such misapplication, misfeasance or breach of trust as the Court sees fit.

However, notwithstanding the above the court does have the power to grant relief to directors (either in whole or in part and on such terms as the court may think fit) in proceedings for negligence, default, breach of duty or breach of trust if it finds that having regard to all the circumstances of the case he or she ought fairly to be excused.

Unlike under English law, there is no concept of ‘wrongful trading’ in the Isle of Man, but a director of an Isle of Man company could potentially be liable for wrongful trading under the English legislation if the company has assets situated in England and Wales. Finally, if a director is found to have carried on the business of a company when it is insolvent then potentially there is a risk of director disqualification proceedings being pursued by the Isle of Man FSA.

Are there any circumstances when it could be appropriate for an insolvent company to continue to trade?

In some limited situations, it may be appropriate for the company to continue to trade, either for a short time or for a longer period depending on the particular circumstances. The key principle is that the directors must honestly believe that continued trading will produce a better result for the company’s creditors than if the company ceases trading immediately.

Two examples of situations in which it may be appropriate for the company to continue to trade are:

Directors should always take professional advice if they want to continue trading in circumstances where the company either cannot pay its debts as they fall due or its liabilities exceed its assets.

It is critically important that the directors carefully document their decision making process at all times (whether they wish to continue to trade or not), ideally in the form of written board minutes.

What can happen if the company pays money to a creditor or grants security when the company is insolvent?

Isle of Man company law states that any transactions which are deemed a ‘fraudulent preference’ may be set aside by the court. In order to demonstrate fraudulent preference, it must be shown that the directors intended to prefer one creditor over the others, and that the company was insolvent at the time of the transaction (or became insolvent as a result of it). The court can also set aside transactions which are deemed to be ‘fraudulent assignments’ under the Fraudulent Assignments Act 1736.

A floating charge that is created within the six months immediately preceding the winding up of a company will be invalid unless it is proven that the company was solvent immediately after the creation of the charge.

Do directors owe any duties to a company even after the company has entered formal insolvency proceedings?

Yes. In an English case from January 2020 (Hunt v Michie & Others) the English High Court decided that directors of insolvent companies remain subject to fiduciary duties, even after those companies enter insolvency proceedings.

It is important to note that although this case is not binding in the Isle of Man, the Manx courts are likely to apply it in the Isle of Man because of the similarities between English and Manx company law, even though the applicable legislation is different.

The case highlights the fact that company directors should be cautious about dealing with, acquiring or disposing of company property after the company has entered a formal insolvency procedure.

DQ has a leading insolvency and restructuring team on the Isle of Man, who aim to provide helpful, supportive and practical advice. If you would like further information or assistance in respect of this area, please contact Andrew Harding, Mark Emery or Adam Killip. 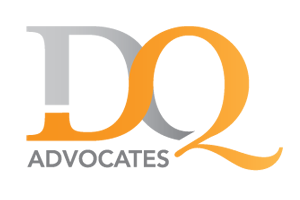