It is not uncommon in Australian class actions for plaintiffs to seek access to defendant’s insurance policies. Access is typically sought to determine the amount of cover, particularly in the lead up to mediation / other settlement negotiations, and/or to challenge insurers’ determinations on policy response which might otherwise limit the amount recoverable if the proceedings are successful. Such access may be sought notwithstanding that insurers are not parties to the class action and the facts relevant to policy response have not been determined.

This can result, as it did in Evans v Davantage Group Pty Ltd (No 2) [2020] FCA 473 in an application for production of insurance documents (which are typically beyond the scope of discovery in the proceedings).

In recent times the courts have been more inclined to order the production of insurance documents. However, in this case, His Honour Justice Beach declined a class action plaintiff’s application for discovery of insurance documents. In doing so His Honour provided useful guidance on the factors relevant to access to insurance policies and the circumstances in which the courts will permit third party insurers to intervene in access applications.

Davantage Group Pty Ltd (Davantage) issued motor vehicle warranties (warranties) to Mr Evans (the representative plaintiff in the class action) and just under 27,500 other individuals (class members). The warranties provided that Davantage had an absolute discretion to reject customers’ warranty claims and that it was ‘not obliged to pay all claims that come within the terms and conditions of the Warranty’.

The class action against Davantage alleges (amongst other things) that Davantage engaged in unconscionable conduct under s 12CB of the Australian Securities and Investments Commission Act 2001 (Cth) and that the warranties are void. Mr Evans and the other class members seek damages in excess of $47.6 million plus interest.

In a judgment dated 11 June 2019, Justice Beach made a finding in favour of Mr Evans (and the other class members) on the preliminary question of whether Davantage’s promises under the warranties are illusory2. Justice Beach commented that the ‘overriding discretion reserved to [Davantage] qualifies its promise to pay consumers to such a substantial extent that it renders the promise illusory’. It follows therefore that a trial on the illusory consideration claims is likely to be short and efficient and, in the scheme of class action trials, is unlikely to be costly.

The plaintiff’s lawyers’ investigations suggested that Davantage did not have the means to pay the damages sought in the class action without the benefit of insurance cover. Further, Davantage’s primary professional indemnity insurer had determined that its policy did not respond to a significant part of the claims, and the excess layer insurers maintained a similar position. 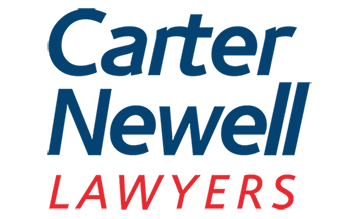